Get fresh music recommendations delivered to your inbox every Friday.
We've updated our Terms of Use. You can review the changes here.

Eternal Ritual for the Accretion of Light 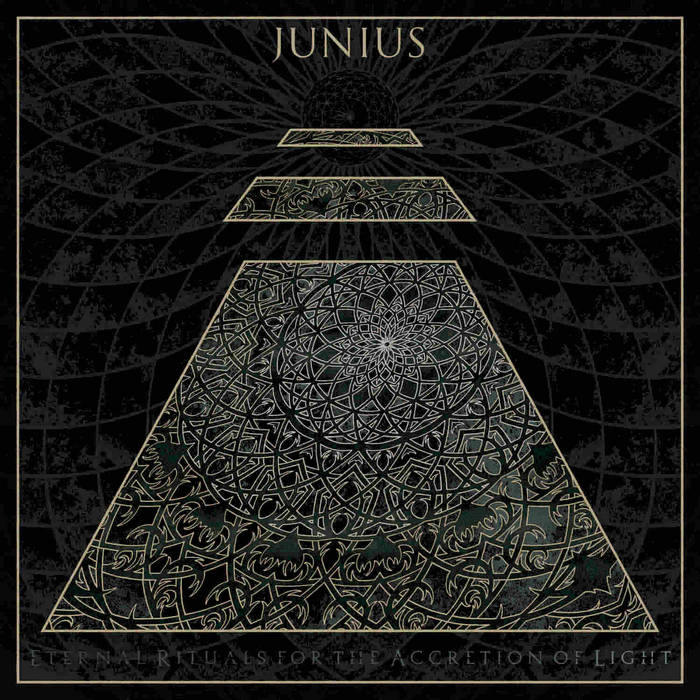 On March 3, 2017, Junius released their third full-length titled Eternal Rituals for the Accretion of Light. It was released and distributed via Prosthetic Records. Rolling Stone released Junius first music video "The Queen's Constellation,"Hear Junius' Crushing New Post-Metal Epic directed by Josh Graham on January 27, 2017.[22] Junius' second video "Clean the Beast"Junius was released by Clrvynt on February 14, 2017. The final video, "A Mass for Metaphysicians"Junius: Exklusive Video-Premier 'A Mass For Metaphysicians' was released on February 28, 2017 by Metal Hammer Magazine.

Martinez wrote all of the songs on his own before working them out in the studio with Filloon on drums; this album also features guests like Drew Speziale of Circle Takes the Square, who provides alternately soft and screamy backing vocals on several tracks. Eternal Rituals is based around Initiation, the semi-autobiography of Hungarian mystic, yoga practitioner and reincarnation expert Elisabeth Haich. Martinez used the book as a rough blueprint to tell the story of a soul's "path to transcendence," beginning with an initiation and ending with the total obliteration of self—a lift-off into ego-death. The album is the band's heaviest to date, full of chugging guitars and whooshing synths that climaxes with "Black Sarcophagus," their prog-doom thesis statement. "It's just another hero's journey through self-awareness, determination, struggle, humility, pain, suffering, passion, love, telepathy, and ultimately transcendence to GOD-MAN status," says Martinez

Produced by Junius & Will Benoit
Mixed & Mastered by Will Benoit
Engineered by Daryl Rabidoux
Recorded at Radar Studios in Clinton, CT

"Masquerade in Veils" mixed by Joseph E. Martinez & Will Benoit

This album was recorded with solar energy